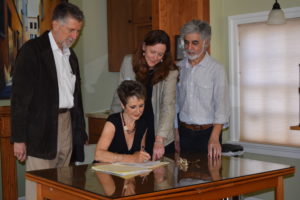 In 2015, Friends received a gift and a challenge. The gift was the generous offer, from a longstanding member of Friends, of seed money in the amount of $5,000 to start an endowment for the sake of ensuring that we could fund, over the indefinite future, the Jane Pratt Blue Ridge Mountains Education Award, a scholarship program inaugurated in 2014 to memorialize founding member, the late Jane Pratt. The challenge was that if we could match the initial $5k, the donor would add another $5,000. We were both excited and a bit daunted – not at the prospect of generating the matching funds, which we did quite handily – but at what might be involved in setting up an endowment, including the decision to put aside monies in perpetuity.

Over the next many months we pursued a course of due diligence: becoming educated about endowments; weighing the pros and cons of this kind of investment; and seeking counsel about the prudence of taking this step. Those preliminary steps led us to the Community Foundation for Loudoun and Northern Fauquier Counties as an institution well-suited to hosting an endowment for an organization like Friends. Working with Amy Owen, Executive Director of CFLNF, we assessed various endowment vehicles, made the decision to go forward, and crafted a document, over several iterations, that best meets our needs and offers the greatest flexibility in working with disbursements. 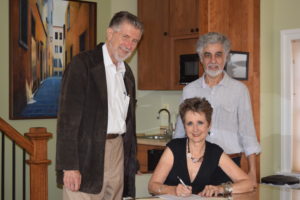 On October 20th, we made the endowment official with a signing ceremony and a check to the Community Foundation in the amount of $17.500 to open the fund. Our goal now will be to increase the amount of the endowment many times over, through aggressive fundraising, so that earnings become sufficient to fund the award of multiple scholarships each year to deserving high school students in our region who have demonstrated a commitment to environmental stewardship 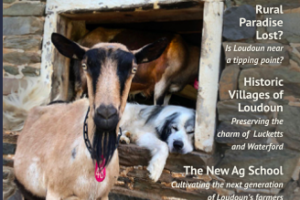 Check out our article in Wander Magazine

The Importance of Stewarding Our Mountains

Half of humanity depends directly on mountains as a source[...]

Are you a romantic? Do the mountains stir your soul?[...]