Why the Zoning Rewrite Matters—Part #1

Note to our readers:  This is part #1 of a two-part article. Part #1 deals with current Loudoun County zoning. Part #2 — that will be distributed 11/5/202 — will address the zoning rewrite process. 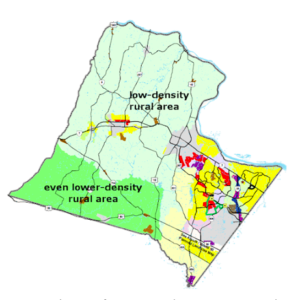 This is a call to arms. The victories for agriculture, the environment, and the mountains that Friends of the Blue Ridge Mountains (FBRM) and other groups won during Loudoun’s Comprehensive Planning process can be lost in the County’s zoning rewrite process.

FBRM and many other groups including Loudoun County Preservation and Conservation Coalition (LCPCC), Piedmont Environmental Council (PEC), Save Rural Loudoun (SRL), and the Farm Bureau devoted countless hours and great effort to making sure that the Loudoun County Comprehensive Plan protected the irreplaceable agricultural and environmental assets of Western Loudoun not to mention the rural life style.  Those efforts bore fruit. The Plan adopted by the Board of Supervisors (BOS) on June 20, 2019 include many statements about protecting rural/agricultural Western Loudoun County.

However, as important as the Plan is for establishing County policy, the real battle for protecting Western Loudoun is only just beginning.

The Plan itself is not law and has little direct impact on day-to-day decisions County staff make in reviewing development applications. The policies of the Plan must be written into regulations – particularly the zoning ordinance and the Facilities Standards Manual (FSM) — before they impact day-to-day decisions.

In September 2019, the BOS authorized the rewrite of the County zoning ordinance for the specific purpose of implementing the Comprehensive Plan. This rewrite will determine the shape and scope of development in Western Loudoun and the entire County for the next 20 to 30 years.

It is not safe to assume that the agricultural/rural/environmental protection policies in the Comprehensive Plan will make it into the specific language of the new zoning ordinance.

FBRM and other organizations that worked so diligently to shape the Comprehensive Plan must be prepared to devote the same level of attention and effort to the zoning rewrite process.

It might appear that the zoning ordinance and the zoning rewrite process are mind-numbingly complex. They are not. The objective of this article is to reduce that complexity and to provide an understandable, useful guide as to what is going on and how individuals and organizations can make sure that broad policies of the Plan are reflected in the specific language of the regulations.

The current Loudoun County zoning ordinance was adopted on June 16, 1993 and has been formally amended 89 times — most recently June 2, 2020.

In a very broad sense, the purpose of any zoning ordinance is to enhance quality of life and protect property values by making sure that wildly incompatible land uses are physically separated from each other – think slaughter house next to an elementary school.

In addition to regulating the specific uses of a property, zoning regulates numerous aspects of building placement and building design. This includes how close to the property line one can build, building height, outdoor lighting, parking requirements for commercial uses, road access and many, many other aspects of the building(s).

In most residential areas in Loudoun County a Homeowners Association (HOA) imposes additional regulations on the use and appearance of residential lots. However, HOA regulations are not part of the zoning ordinance and are not addressed in the zoning rewrite process.

In Loudoun County if a use is not specifically permitted in a district it cannot be built. For example, currently in Loudoun County an outdoor commercial gun range cannot be built – not because the use has been prohibited but because the use has never been specifically permitted in any district. The Izaak Walton gun range predates the 1993 zoning ordinance and was “grandfathered” in.

While specifying permitted uses in a zoning district is simple in concept it quickly becomes amazingly complex in practice.

A further real-world complication is that it is increasingly common for developers – and Loudoun County residents – to want mixed uses on a single property — residential on top over stores and restaurants and across the street from offices.  One of the objectives of the zoning rewrite is to simplify the process and the regulations governing mixed use properties.

By-right Development — Loudoun County has “by-right” development which means that a landowner has the absolute right to build a certain number of houses on their property depending upon the size of the property.  On October 6, 2020, the BOS voted 7-0-2 to buy 16 acres of land near Middleburg, to avert the development of 30 single-family homes. Neighbors of the proposed development feared that the construction would impact their wells and add to traffic congestion. Because the housing was being built by-right and complied with all other County regulations the only option for the BOS to stop the development is to purchase the property from the developer.  Chairperson Randall proposed purchasing a portion of the property and conserving it as a passive, parklike recreation area, which would preclude construction. 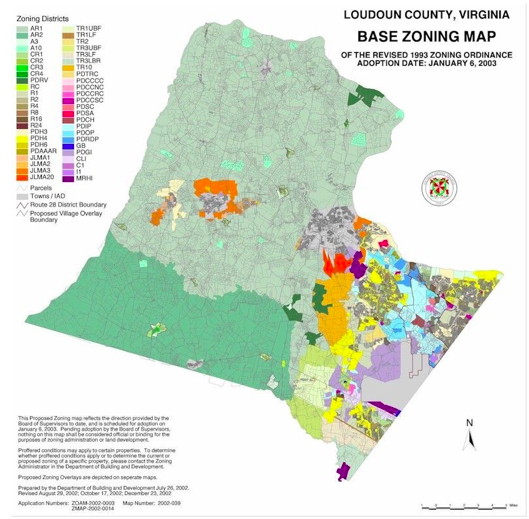 In terms of zoning, the primary difference betweenAR-1 and AR-2 is the level of residential density with AR-1 permitting greater density residential development then AR-2. 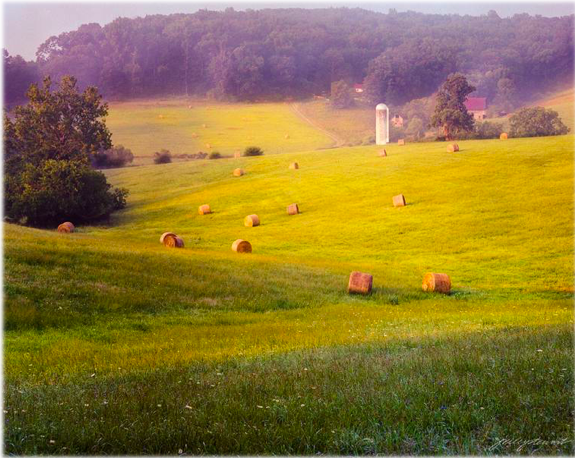 In both AR-1 and AR-2 a landowner wanting to develop housing is allowed to choose among three different options as to how to subdivide the land: 1) Base Density Division; 2)  Principal/Subordinate Subdivision; or 3) Cluster Subdivision.

As more houses are allowed, requirements on how the lots and the housing must be structured change. For example, with Base Density Division, lots in AR-1 must be a minimum of 20 acres. However, the Cluster Subdivision option allows a lot size as small as of 20,000 square feet (about ½ an acre) giving the developer considerable flexibility as to how to arrange the houses and generally allowing a more appealing appearance to the subdivision. The Cluster Subdivision

Economy Lots of 15 acres or greater and/or common open space. This option lowers development costs and provides a more rural appearance of the project.

There are many other differences in the requirements and restrictions among the three development options: Base Density, Principal/Subordinate, and Cluster. For those interested in the specifics, the AR-1 zoning regulations are found in Section 2-100 of the current zoning ordinance and AR-2 in Section 2-200. 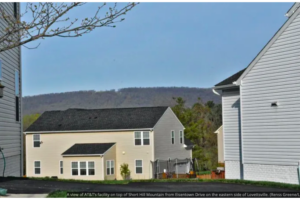