After the penultimate meeting on a proposal by AT&T to build a 125-foot monopole on top of Short Hill Mountain, it remains unclear what supervisors will decide.

A public hearing on Wednesday night brought out one last push from area residents in opposition, along with a renewed effort from AT&T to secure approval. The latter included meetings with county supervisors, advertising campaigns, lobbying by state Sen. John J. Bell (D-13), and lining up support from business organizations and private citizens.

County Chair Phyllis J. Randall (D-At Large) said the board has gotten 221 comments on the application, with 138 opposed. Of the 71 responses that she said were apparently form letters from AT&T signed by individuals, some were not from Loudoun County.

Many of the people who have been most vocal against the application are veterans of the community’s previous battle on the site, against AT&T’s proposal to build a facility on top of the mountain that experts said appeared to be a data center, although the company continues to deny that. And local opponents, preservation organizations, the Planning Commission and county planners point out the county’s comprehensive plan specifically prohibits building on top of ridgelines, even naming Short Hill Mountain.

“What I hope is that you’ll understand that there is more to this,” said Peter Weeks, president of Friends of the Blue Ridge Mountains. “This is the least expensive way for AT&T to accomplish their goal. They own the land, they’re going to receive income from the people who sign onto the tower, there’s no downside for them. For the other companies, like the place in Lovettsville [another cell tower planned on a farm property], the farmer’s going to receive the income.”

“This nearly pristine ridgeline is part of the magnificent rural landscape of our county,” said Heritage Commission member Robert Pollard. “Building a 125-foot industrial tower on top of Short Hill would deface it forever.”

“The thing that’s bothering me the most about this whole discussion is that everybody keeps talking about, ‘oh, it’s tradeoff between service and the visual impact of a tower,’ but it’s really not,” said Sam Kroiz. “There’s so many different options to get service.”

Jen Wellock of Neersville said that cell service is “a stopgap technology.”

“Keep your eye on the prize: we need fiber,” she said.

AT&T representatives said the monopole will improve not only cell service, but also expand FirstNet, a wireless network exclusively for first responders. David Hornbaker of Round Hill said he worries whether people at rural Loudoun schools would be able to call for help when needed. And he also pointed to demands of remote learning.

“I think it’s because there has been some paying with semantics, and I think AT&T has indicated, if not said the words, high speed internet or broadband,” Randall said. “I think that needs to be cleared up right now, that this will not offer that.”

Others argued it counts as broadband service, or that it’s simply the best option for many in the area. Theresa Robertson, owner of Two Twisted Posts Winery nearby, said the lack of cell service has hurt the tourist industry and made life more difficult for her staff, including processing credit card transactions.

And some supervisors and supporters said there are already other, taller towers on the ridgeline, and pointed out the AT&T site is already clear-cut and graded. Supervisor Kristen C. Umstattd (D-Leesburg) said on her visit to the site, “I had expected perhaps to see a pristine vista, and it was not that.”

Supervisor Tony R. Buffington (R-Blue Ridge), who has adamantly opposed the proposal, pointed to the campaign by AT&T to drum up support for the tower.

“Even with that, the overwhelming majority of constituents that I’ve heard from are adamantly opposed to this,” Buffington said. And he dismissed arguments that there are already towers on the mountain: “Just because something was done wrong in the past doesn’t mean that we should continue to do wrong in the future.”

Bell has threatened to overrule local authority with a vote at the General Assembly to force the tower if county supervisors vote it down. In an op-ed sent the day of the public hearing, Bell echoed AT&T arguments that the tower would help local businesses and make sure 911 calls on cell phones can connect.

“Not every decision we make as a community is going to have 100 percent agreement,” Bell wrote. “This tower is no different, but after careful review of the project, the benefits far outweigh the risks.”

Several critics have pointed out Bell’s required financial disclosure filings show he holds between $50,000 and $250,000 in AT&T stock.

Many supervisors said they are still on the fence about the application and asked for more information about what other options might exist for providing more wireless coverage in the area.

Supervisors voted 7-1-1, with Buffington opposed and Supervisor Michael R. Turner (D-Ashburn) absent, to send the application to their Oct. 5 meeting for a final decision. 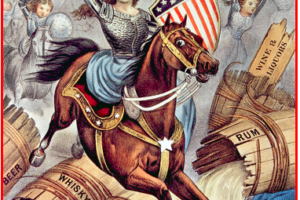 Prohibition in the Foothills of the Blue Ridge: Stills, Violence and Women’s Political Power

Introduction With this and similar posters the Women’s Christian Temperance[...] 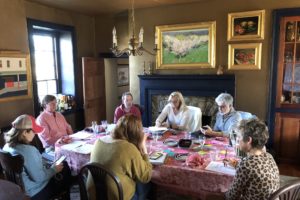 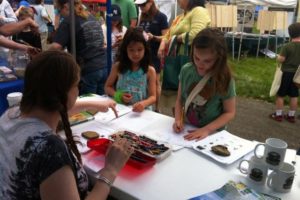