The AT&T Battle is Over!

In a frankly astonishing turn of events last night at the BOS meeting in Leesburg, the BOS voted 8-1 to deny AT&T’s proposal to build a monopole tower on the Short Hill.

A dedicated group of organizations led by Friends of the Blue Ridge Mountains, persisted making the argument that it was a visual scar on the mountains, that it would set a precedent to build other ridgeline towers by ignoring current ordinances expressly prohibiting such actions, that it would not significantly improve cell coverage or provide wired broadband, that it would not impact their own installation of FirstNet for first responder communications – AND that the majority of the citizens in western Loudoun opposed its construction.

My thanks to our membership who eloquently expressed their opposition in the form of emails and appearances before the BOS, the Friends Board of Directors, and the resolve of our conservation coalition partners who recognized this was a defining moment upon which our future work in areas such as zoning rested.

United in purpose, common sense prevailed.  Constant vigilance must continue to safeguard what is dear. 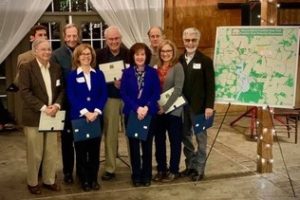 2019 Friend of the Mountain Award presented at Annual Member Celebration

Friends of the Blue Ridge Mountains presented their annual Friend[...]

New Initiative to Reach Out to Local Landowners

This year Friends is looking to raise membership by another 20% through,[...] 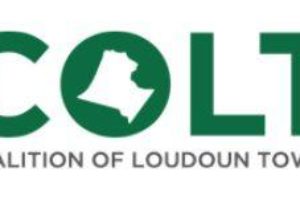 Littleton: Watch the debate for Loudoun’s future Because Friends of the[...]