A little time on the in the woods to regain perspective

Today’s solo hike was prompted by a week of frustration from dealing with problems related to hardware (broken tractor) and software (wrestling with a computer program conundrum). All are largely resolved now, but I needed time away in the woods to clear my head and regain perspective. 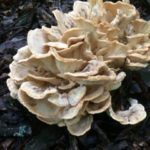 Did the Appalachian Trail from Route 7 (Snickers Gap) to Ravens Rock and back (5.5 miles round trip with 1530 foot elevation gain). The weather was cool (68) and overcast. It has rained a lot recently, so everything was really damp and humid.

This weather apparently favors mushrooms. I was struck by the proliferation and variety I was seeing. When I got to the overlook — usually spectacular long distance views — it was socked in with fog. 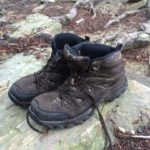 Instead of the view, I saw a male Scarlet Tanager, a beautiful, bright red bird with black wings — the moment was too fleeting to get a photo. I also found a pair of good hiking boots (size 11 1/2, too big) that someone seemed to have just left there at least since yesterday.

A lot of other folks were on the trail. I met three separate thru hikers who had started in Georgia and hoped to make Harpers Ferry tonight (the psychological, if not geographic mid-point of the AT).

Back home now, waiting to see the grandkids this afternoon. Life is good.

Many thanks to those who were able to come out[...] 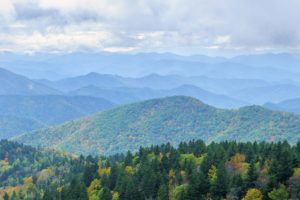 Loudoun County Comprehensive Plan – How you can Help!

The future of Loudoun County will be determined within the[...] 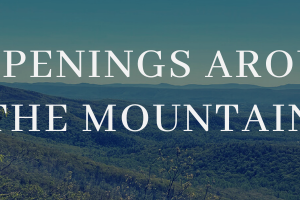