Note to our Readers
This is Part #2 of a 2-part series dealing with the zoning rewrite in Loudoun County. Part #1 – distributed 10/22/2020 – dealt with the current zoning process. Part #2 deals with the process for rewriting the ordinance and a few of the issues that will be addressed in the process.

This is a call to arms. The victories for agriculture, the environment, and the mountains that Friends of the Blue Ridge Mountains (FBRM) and other groups won during Loudoun’s Comprehensive Planning process can be lost in the County’s zoning rewrite process. 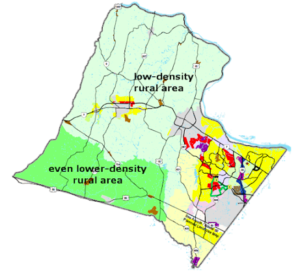 FBRM and many other groups including Loudoun County Preservation and Conservation Coalition (LCPCC), Piedmont Environmental Council (PEC), Save Rural Loudoun (SRL), and the Farm Bureau devoted countless hours and great effort to making sure that the Loudoun County Comprehensive Plan protected the irreplaceable agricultural and environmental assets of Western Loudoun not to mention the rural life style.  Those efforts bore fruit. The Plan adopted by the Board of Supervisors (BOS) on June 20, 2019 include many statements about protecting rural/agricultural Western Loudoun County.

However, as important as the Plan is for establishing County policy, the real battle for protecting Western Loudoun is only just beginning.

The Plan itself is not law and has little direct impact on day-to-day decisions County staff make in reviewing development applications. The policies of the Plan must be written into regulations – particularly the zoning ordinance and the Facilities Standards Manual (FSM) — before they impact day-to-day decisions.

In September 2019, the BOS authorized the rewrite of the County zoning ordinance for the specific purpose of implementing the Comprehensive Plan. This rewrite will determine the shape and scope of development in Western Loudoun and the entire County for the next 20 to 30 years.

It is not safe to assume that the agricultural/rural/environmental protection policies in the Comprehensive Plan will make it into the specific language of the new zoning ordinance.

FBRM and other organizations that worked so diligently to shape the Comprehensive Plan must be prepared to devote the same level of attention and effort to the zoning rewrite process.

It might appear that the zoning ordinance and the zoning rewrite process are mind-numbingly complex. They are not. The objective of this article is to reduce that complexity and to provide an understandable, useful guide as to what is going on and how individuals and organizations can make sure that broad policies of the Plan are reflected in the specific language of the regulations.

Participation in The Zoning Rewrite

At the September 2019 meeting the BOS formally kicked off the Zoning Ordinance Rewrite process. The objectives specified by the BOS:

At the time, the BOS anticipated a 24-month process with adoption of the new zoning ordinance about September 2021.

Of course, Covid-19 and related government shutdowns and hiring freezes have delayed the rewrite process. The zoning staff currently estimates that the pandemic has added six to eight months to the process.

The rewrite process includes two specific time periods during which the Planning and Zoning staff reach out to interest groups and community organizations – so called “stakeholders” — for comments, suggestions, criticism of the existing zoning and related “input”.

The input sessions are not targeted to the general public but to professional groups and organizations that are particularly knowledgeable about and impacted by zoning.

The Round 1 input sessions have been completed and a summary of the results presented to the Transportation and Land Use Committee (TLUC) of the Board of Supervisors at a July 22, 2020 meeting. 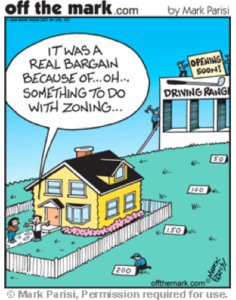 The Round 2 input sessions are scheduled for October/December 2020. How the sessions will be structured has not yet been determined. The original process envisioned that the Round 2 sessions would focus on proposed language for the Resolution of Intent to Amend (ROIA). A ROIA is a formal resolution adopted by the BOS publicly announcing the intent to amend the zoning ordinance and providing the public with background on why it is being amended and what the amendment is likely to contain. Adoption of an ROIA is a necessary step to revising the zoning ordinance.

Citizens Advisory Committees — In addition to the structured input sessions, an ongoing citizens advisory committee — the Zoning Ordinance Action Committee (ZOAG) — has been an avenue for interest groups and professional organizations to monitor the rewrite process and to provide input.

The ZOAG was established by the BOS on May 18, 2017 as a vehicle for citizens and organizations to comment on the zoning ordinance and to be involved with the numerous zoning code amendments that have taken place over the years. The code has been formally amended 89 times since adopted in 1993. ZOAG was also designed to advise the BOS on ways to streamline the zoning process and make it less onerous for business.

At the October 6, 2020 meeting the BOS disbanded ZOAG and created a new Zoning Ordinance Committee (ZOC).

The new ZOC has up to 16 members and the bylaws specify that 12 of the members will be selected from and represent specific County organizations including: Chamber of Commerce, Dulles Area Association of Realtors (DAAR), Northern Virginia Building Industry Association (NVBIA), Commercial Real Estate Development Association (NAIOP), the Farm Bureau, The Coalition of Loudoun Towns (COLT) and the Loudoun County Preservation and Conservation Coalition (LCPCC). 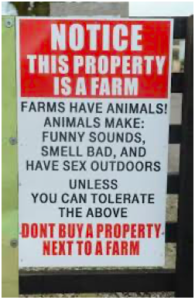 The old ZOAG had up to 15 members and the by-laws did not require that the membership be drawn from or represent any specific organization although as a practical matter many of the members were drawn from same organizations that are now required by the bylaws of the new ZOC.

As of this writing – late October 2020 – the new ZOC has not met. A meeting schedule has not been announced. Presumably, the general public and community groups not directly represented on the new ZOC will be allowed to communicate directly to ZOC on the zoning rewrite. How that communication will take place has not yet been determined – or at least it has not been announced.

The zoning ordinance rewrite is a massive undertaking and will necessarily require considerable time of the zoning staff while they continue to deal with the day -to-day administration of the current zoning ordinance.

The County BOS has also determined that there are two zoning issues that must be addressed simultaneously with the zoning re-write. These are Zoning Ordinance Amendments (ZOAM’s).

Cluster Subdivision: As mentioned developers that choose to subdivide their land through the Cluster Development option generally are permitted to put more houses on the property (increase density).

One of the essential reasons the County provides a “density bonus” to encourage cluster development is because clustering houses can preserve relatively large land parcels to be used for agricultural purposes. The “rural economy lot” designation is intended for lots that are used primarily for agricultural purposes and incidentally for a residence.

Many environmental and agricultural interests have concerns about the current cluster development process.  In the simplest terms the concerns break down into two broad categories. 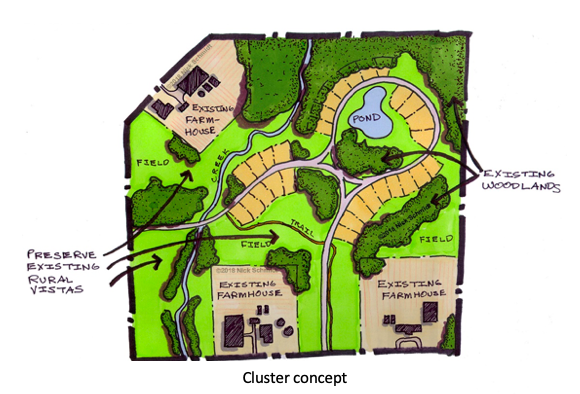 An additional concern is that some HOA regulations restrict or prohibit agricultural uses which totally defeats the purpose of cluster zoning.

The second concern about the current cluster zoning regulations is the amount of additional housing it allows. The cluster zoning option gives the developer considerable flexibility in placing housing on the property allowing for pleasing vistas, reducing site development costs, and offering large areas of open space which many home buyers find attractive. Some conservation and agriculture groups question if it is also necessary to allow the developer to build additional housing to encourage cluster development. Particularly if cluster development is not producing the level of agricultural benefits that zoning officials anticipated.

This is an exceedingly complex issue. If the zoning ordinance is changed to reduce the number of houses that can be built on a property from what the current zoning ordinance allows that in effect is “downzoning”. Downzoning is onerous to many landowners because it can lower the value of the land. All other things being equal, a developer will pay less for 100 acres on which they can construct 20 houses than 100 acres on which they can construct 30 houses.

This is one example of the complexity of the zoning rewrite, and the fact that there are no easy solutions that will satisfy everybody.

Short Term Residential Rentals (STRR) – Over the past several years, online platforms and apps offering rooms for short-term rent in residential dwellings have grown. These rooms are typically found in private residences.

Currently Loudoun Zoning Ordinance does not list short-term residential rentals (STRR) as a use permitted in any zoning district thus STRRs are not a permitted use in Loudoun County. 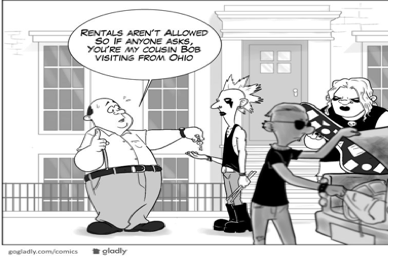 Such uses are only permitted in certain zoning districts, most of which are in western Loudoun. Furthermore, many people currently operating STRRs think that those regulations do not well fit STRR and would impose undue operating costs on them.

If the zoning code is to be amended to permit STRR some of the issues that must be addressed include.

Other issues – There are many other issues that will be addresses and decisions made as the zoning ordinance is rewritten. They include.

Does the county do an adequate and appropriate job enforcing zoning regulations. Currently zoning violations are only addressed if and when someone – usually a neighbor – makes a formal complaint.

Is the zoning process protecting rural roads – particularly unpaved rural roads. The Happenings distributed 7/23/20 discussed unpaved roads in Loudoun County and the effort to have them added to the National Register of Historic Places.

Loudoun County’s rewritten zoning ordinance will still be shaping development in 2050 when our children and grandchildren are making their lifestyle choices.

A framework for the new zoning ordinance has been set by the Comprehensive Plan but it is only a framework. The specific language of the ordinance will determine the day-to-day development decisions that will shape how our families live.

While the rewrite process has opportunities for individuals to present their views of what the future should look like, the process makes it much easier for individuals to impact the decisions by acting through community groups and professional organizations. You can directly  find information about the status of the rewrite process at on line at www.loudoun.gov/2898/Zoning-Ordinance-Committee and www.loudoun.gov/zoning-ordinance-rewrite.

Friends of the Blue Ridge Mountains (FBRM) has been and will continue to be active in monitoring the rewrite and presenting our views on how to protect the mountains, the environment, and the lifestyle we value. We will keep our members informed and as appropriate aggressively represent our interest.

Many other community and environmental organizations are doing the same thing. The Loudoun County Preservation and Conservation Coalition (LCPCC) is particularly active and has an ongoing committee specifically to help member organizations monitor the rewrite process and to stimulate involvement. FBRM is an active member of LCPCC and we work closely with and through them on zoning issues.

Other groups that are actively involved in the rewrite include the Piedmont Environmental Council (PEC), the Farm Bureau, Save Rural Loudoun (SRL), and The Rural Economic Development Council (REDC).

The point is that the zoning ordinance rewrite is going to have a big impact on your lifestyle for the foreseeable future. The best way for you to have a voice in is to stay active in FBRM and other community organizations that have a seat at the table. 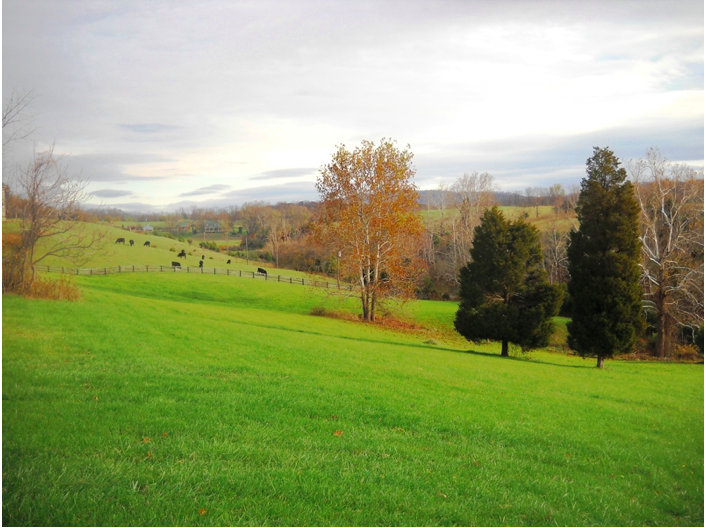 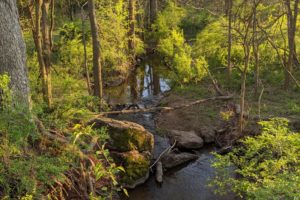 Trees Can Help Heal Our Planet

Except for the highest peaks, mountains appear naked without their[...] 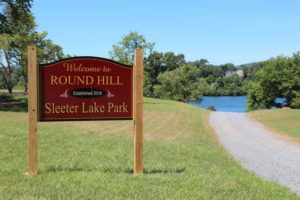 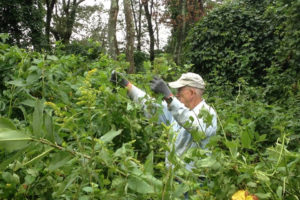 Join Friends for an Autumn clean-up as we continue our[...]